Rachel Jackson is a Canadian artist, writer, and graphic designer. she is currently living and working in Edmonton, AB. 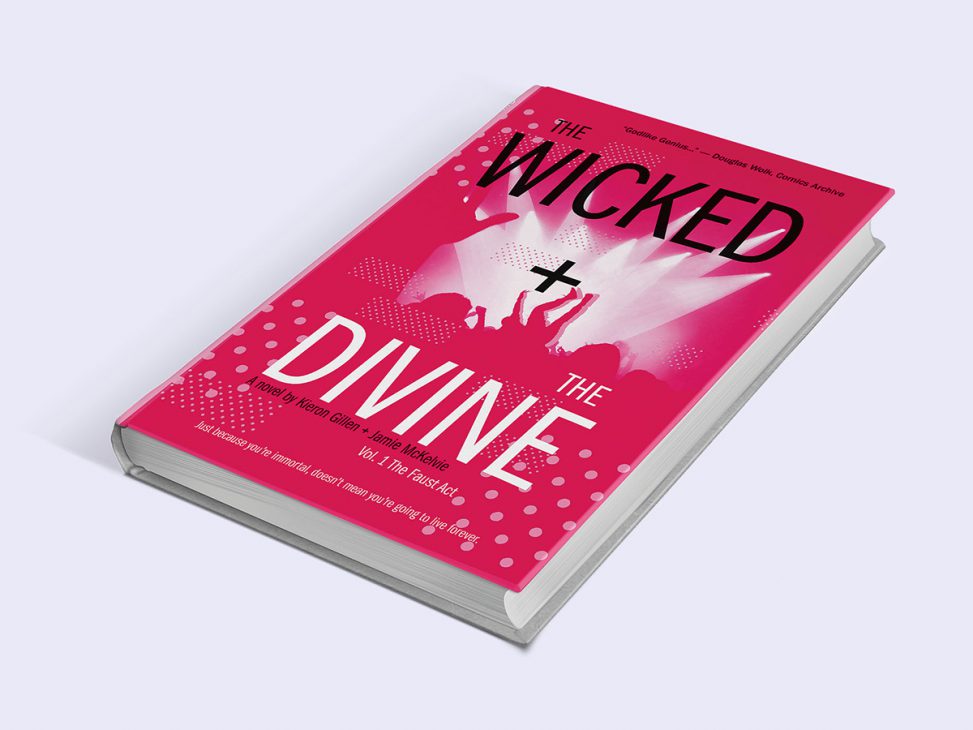 this project was the culmination of two assignments in the first and second semesters of the publishing program. I decided to reimagine the popular comic series the wicked + the divine by Keiron Gillen and Jamie McKelvie, which uses opulent colours and themes of mythology, fantasy, and fame, as a novel.

I took inspiration from the punk rock music scene, The Princess Diaries series by Meg Cabot, and the Genesis fall of man. I used my own photography and illustration to create cohesive chaos.

the interior of the book had to be equally chaotic, carrying elements of the cover throughout without impeding readability.